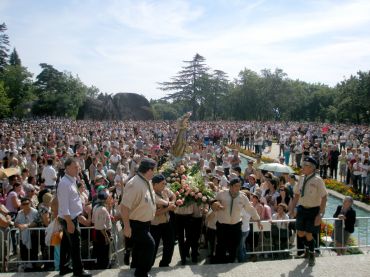 At the Rhythm of Faith
In the Penha the appeal of the nature coexists in harmony with religiosity, but also with the profane. The heart of the mountain always beat to the rhythm of the faith of pilgrims and the joy of pilgrims. One's and others knew, throughout the ages, how to lend her devotion, affection and generosity, translated into innumerable offerings and benefactors acts. The expression of faith had its peak with the inauguration of the Eucharistic Sanctuary, the work of the Brotherhood of the Penha. It is on the temple projected by Marques da Silva that is venerated Nossa Senhora do Carmo and where thousands of faithful flocked.
The main manifestation of religiosity occurs in the second Sunday of September, with the large pilgrimage to the Penha. The Archpriest-ship of Guimarães focuses on prayer at the feet of the Senhora, rendering him homage and giving blessing to the city.

Journeys of Devotion
The manifestations of affection and religious fervour multiply even in the festivities in honour of Nossa Senhora do Carmo, Santa Catarina and S. Cristóvão. Throughout practically the whole year, the journeys of devotion are a constant, lending to Penha a singular coloured and popular entertainment. 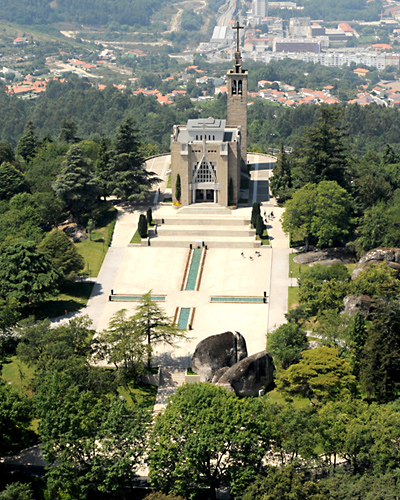 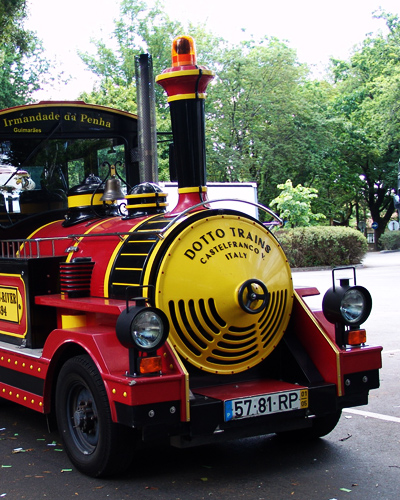 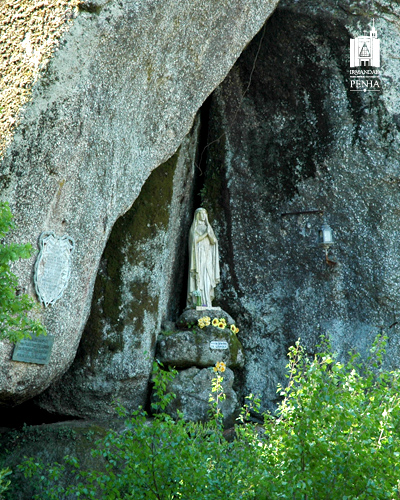 Time of Worship (all year round)